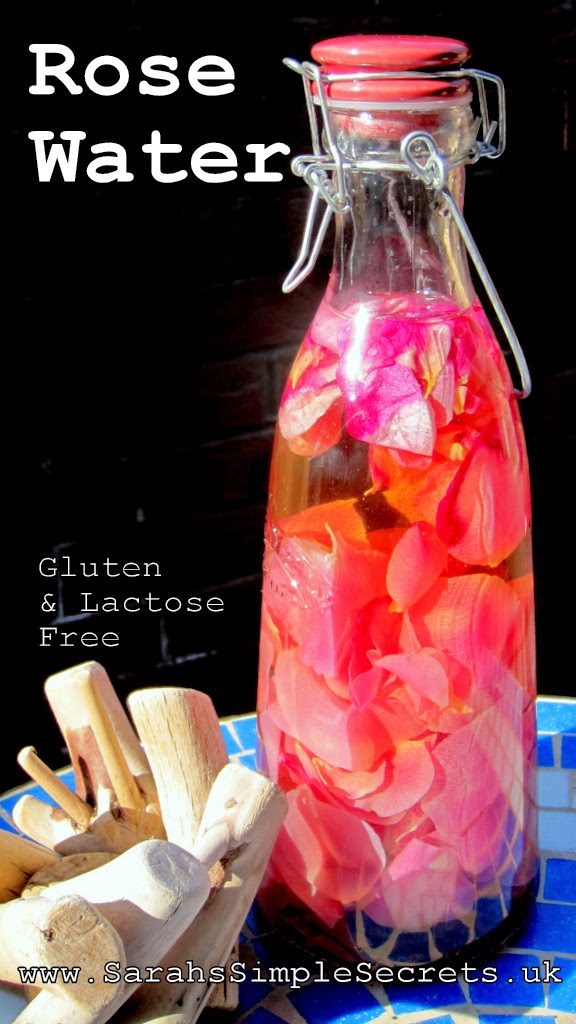 Making your own Rose Water is very satisfying and it looks so pretty and beautiful when bottled!

When I think of rose water, I think of Turkish Delight with its very distinctive rosy flavour, but you can use it for all kinds of recipes!

Use it to flavour your jellies, syrups and sauces, particularly in your nut-based baking like biscuits, in milky rice puddings or even use it in Indian and Chinese cooking!

Where you would normally use vanilla, almond or lemon extract, try a splash of rose water instead - you will produce a deep and beautiful accent to your recipes!

Place the washed petals into a large bowl, along with the cinnamon sticks and cloves.

Pour over the boiling water and leave to cool.

Strain through a sieve and squeeze the liquid from the petals.

Pour into a sterilised bottle, seal and refrigerate until needed in your recipes.